Eliana’s parents knew they would adopt a child someday and after the birth of their 4th biological child they knew the time had come. These incredible parents traveled halfway around the world to the see the little girl they knew had special needs. But when they arrived at the Philippines orphanage, they discovered that the precious five-year-old they were eagerly awaiting to meet, was mal-nourished, deaf and at an infant’s level of development. Her “special needs” were far greater than they had been led to believe. They had the option to cancel the adoption at that point, but they knew that they would be abandoning her to die. Instead, they wrapped her in their love and brought her home. Nine months later, this special little girl received cochlear implants and they shared her joy when she could hear for the first time. She doesn’t play with toys and she is unable to eat normally because of a swallowing disorder, but she loves her family, enjoys music and giggles at Disney princesses. Moana is her favorite and the family wonders if it is because Moana looks most like her.

Eliana and her family recently returned from her wish to visit the Disney Parks in Florida and she had the most magical time! She reveled at all of the sights and activities at Give Kids The World. At the Village’s Saturday dance party, this normally shy girl danced the night away – the perfect way to celebrate her 8th birthday! They also spent as much time as possible making cherished memories at the Disney and Universal parks. Eliana and her stellar family especially loved exploring Star Wars’ Galaxy’s Edge, where Storm Troopers suspected them of spying for the Resistance. She had a sweet moment with the Resistance heroine herself, Rey! She spotted Eliana in the crowd and bent to chat with her and gently touch her face before she suddenly jumped up to hide from a Storm Trooper. We are truly impressed by these amazing parents for giving Eliana the opportunity to have a beautiful life and we are honored to have been a small part of her journey by making her wish come true. 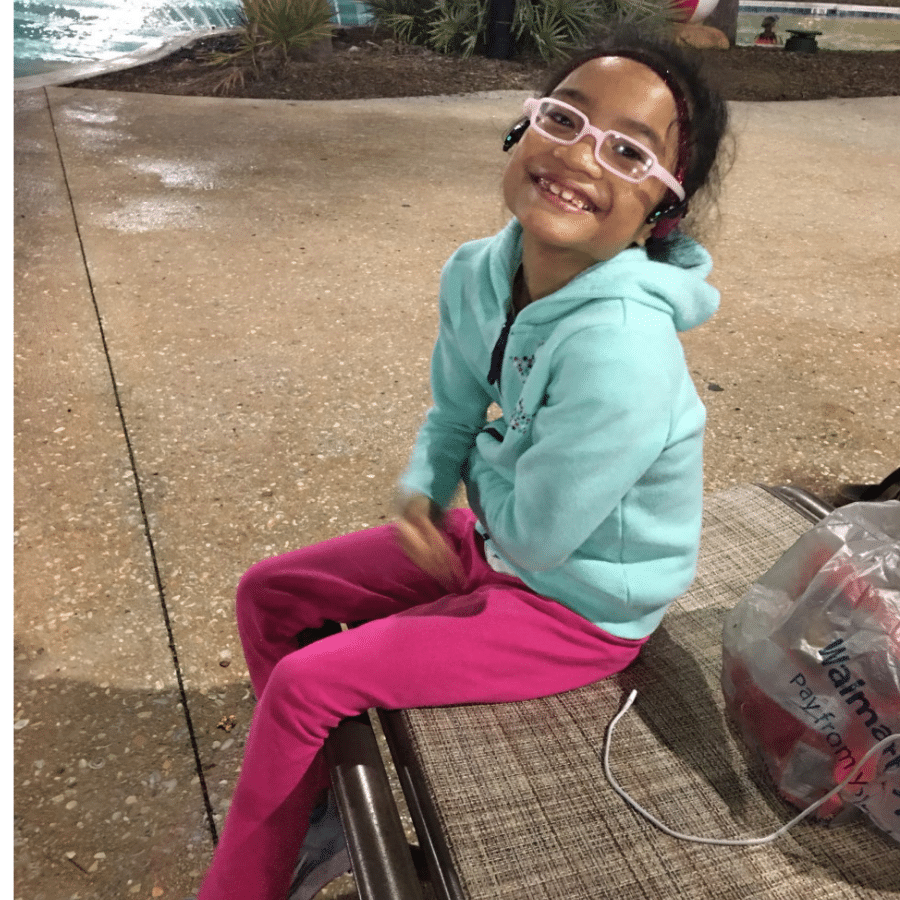