Cazen is a precocious young teen from Austin, MN who loves everything from hunting for fossils, metal detecting and panning for gold – to playing video games and having Nerf wars. Cazen has B-cell Acute Lymphoblastic Leukemia and throughout his treatment, he was able to put a lot of thought into his wish. He carefully planned his dream trip and shared with us a detailed map highlighting all the places he wanted to explore along the east coast of Florida. Wishes & More set his wish into high gear and started reaching out to Florida detectorists to make his dream a reality.

The adventure began in Central Florida and concluded in the Everglades. Along the way we arranged  stops for him to hang out with real life treasure hunters! Carolyn Harwick, the Central Florida Metal Detecting Club Huntmaster, put out a request and collected items from fellow detectorists for Cazen – including a brand-new metal detector from Russ Balbirona. Carolyn also arranged a VIP tour for Cazen at the Mel Fisher Treasure Museum given by Mel Fisher’s grandkids. Mel Fisher is famous for finding the 1715 Spanish treasure fleet shipwreck off the coast of Florida in 1985 (over $400 million worth of treasure!). After the tour Cazen was presented with a piece of Spanish silver from that famous shipwreck as a souvenir along with a box weighing nearly 50 lbs filled with items other detectorists had sent for him. He quickly declared this as his “favorite part of the trip”!

After the day at Sebastian Beach they made their way up to Melbourne Beach where a dozen detectorists where waiting. The group, lead by Miranda Aiken, President of the Treasure Coast Archeological Society, took Cazen on a special detecting adventure and taught him more about metal detecting.

After a lot of metal detecting, swimming, and exploring, his incredible wish had to come to an end. Mom shared, “Your organization has been a joy to work with and your ability to personalize his wish is deeply appreciated.”  Thank you to everyone involved for allowing us to bring Cazen’s dream to life! 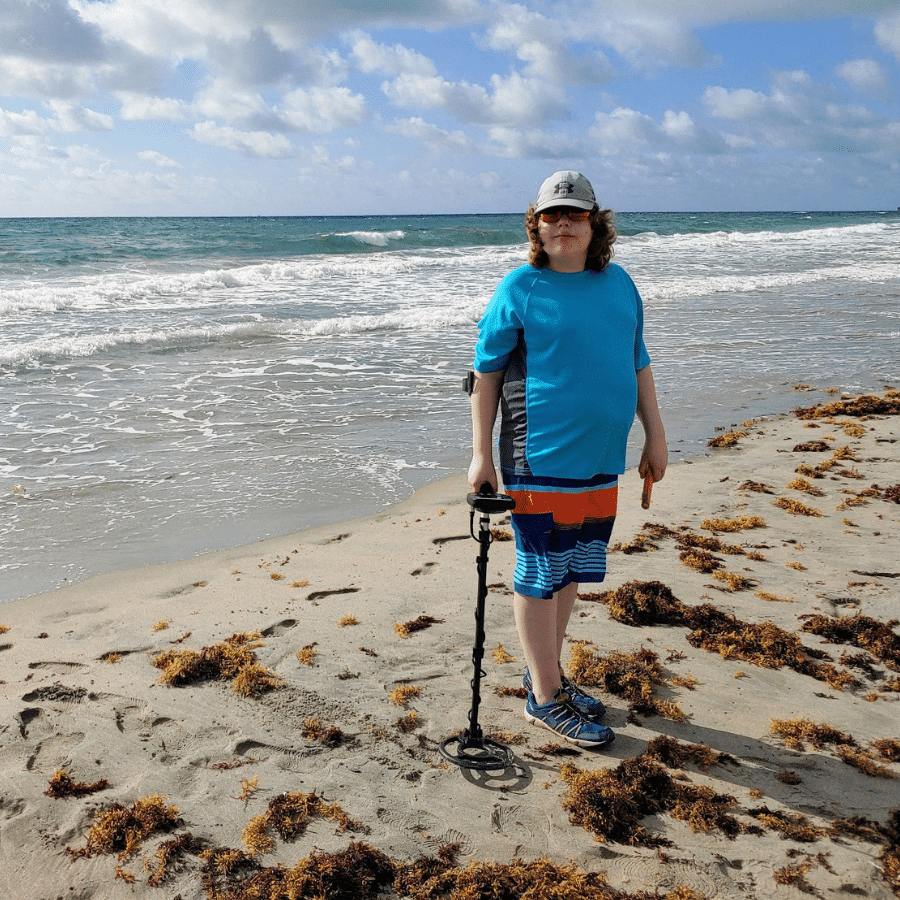