Austin is a five-year-old boy, who like most boys his age, loves to swim, camp, fish, and help Dad steer the boat.  Austin was diagnosed with Burkitt’s Lymphoma and, as a result of piling medical expenses, his parents had to sell “Austin’s Boat.”  Austin looked at his dad and asked “Why are you selling ‘my’ boat?” to which he could only reply that it was too small and they would be getting a bigger one soon. One day on the way home from one of Austin’s treatments his father, Jason, asked him what he’d like to do for the rest of the day and Austin asked if they could go and look for a bigger boat for the summer. Jason told him that would be fine but that Austin needed to understand that he couldn’t buy the boat right now.  When he walked through the doors of the dealership Austin had the biggest smile his father had seen in a very long time.  Austin picked out an amazing pontoon and a nice fishing boat. Dad told us this story after our Wish Wizards met with Austin and he described his wish for a pontoon.  It was with great joy that we were able to grant Austin’s special wish. 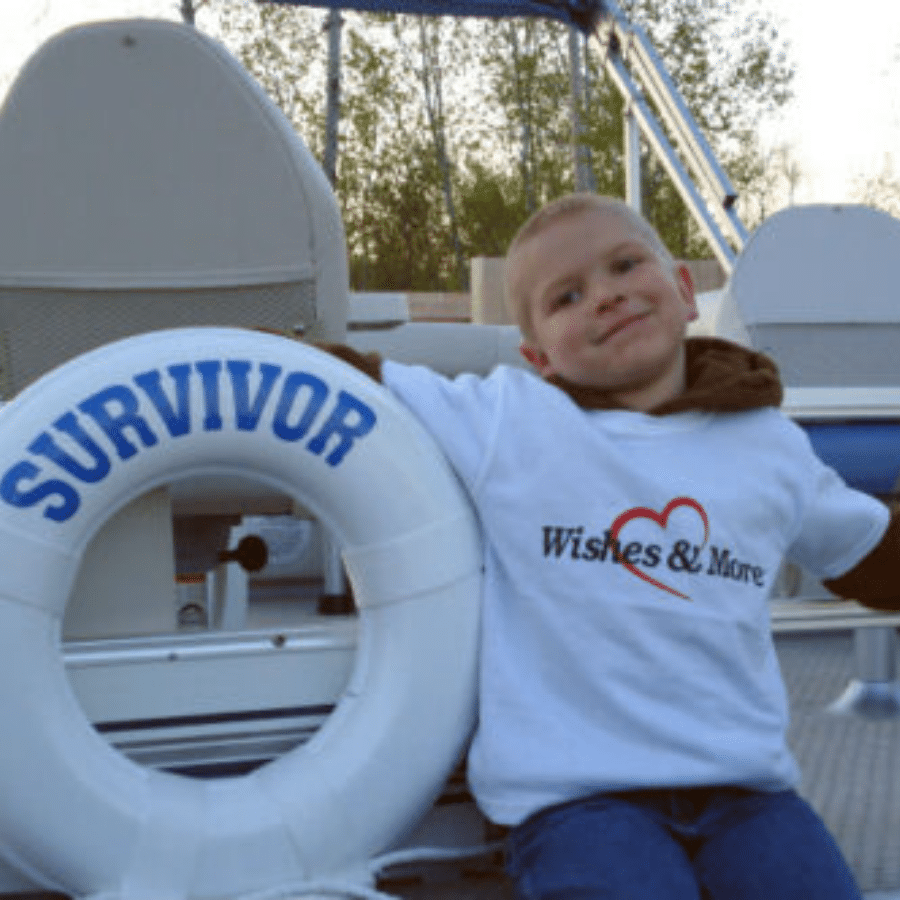